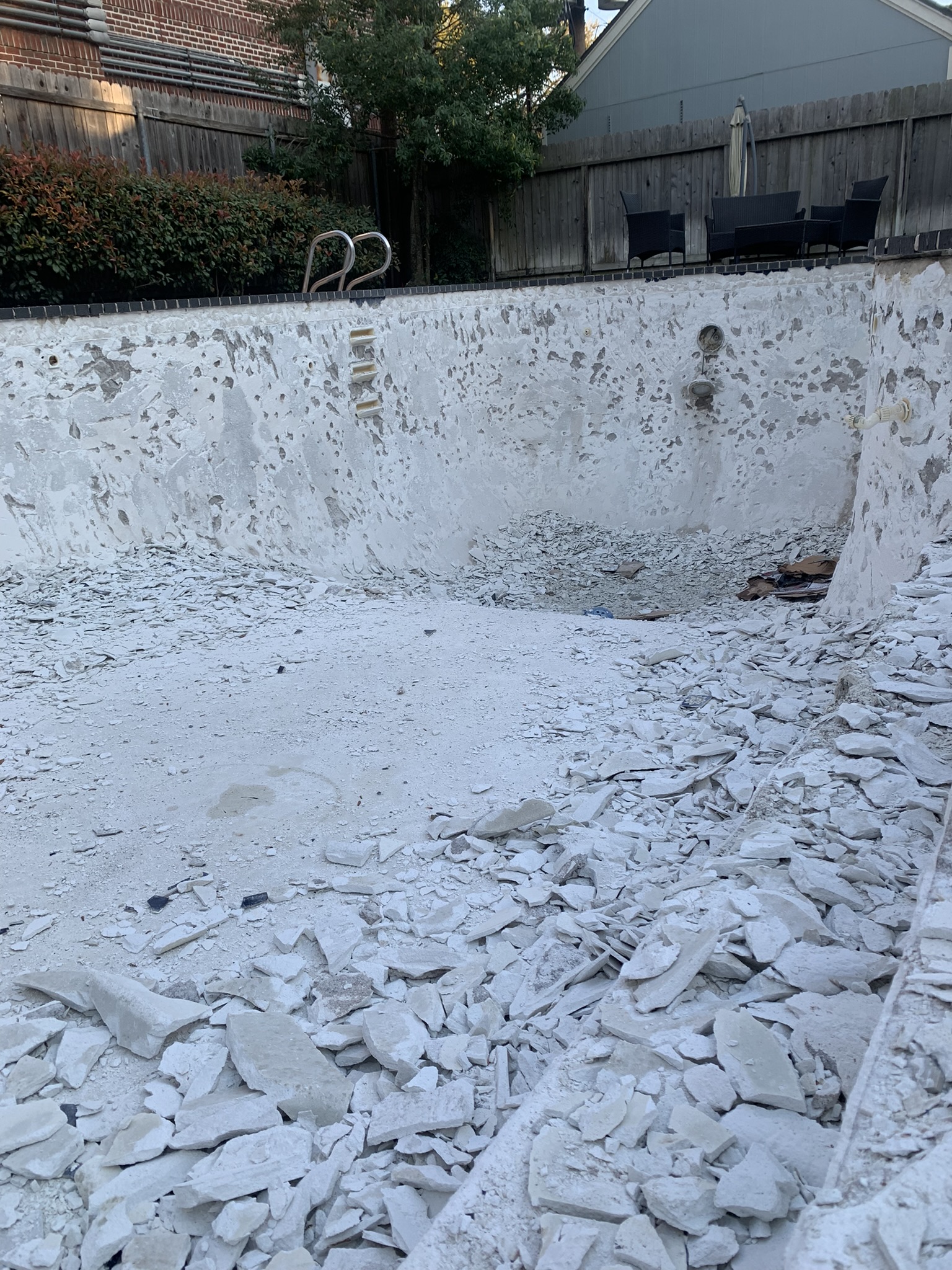 What a difference a day makes as the guys from A Plus Pools return on Day Two to finish chipping out and removing the old plaster.  Once they had finished jack-hammering every square inch of plaster and tile from the walls of the pool, the began the arduous clean up process.  I was overwhelmed just by the thought of having to get all of the broken plaster up from the deep end and out to their truck, but these guys knocked it out in no time flat!  They used wheelbarrows to collect it from the deep end and roll it to the stairs, where they took it out in five gallon buckets and hauled it to their trailer in a second wheelbarrow.  It only took a couple of hours to get it all cleaned out, and then they moved on to the next step-  laying on a layer of cement to fill the voids and begin to create the surface for the new plaster. 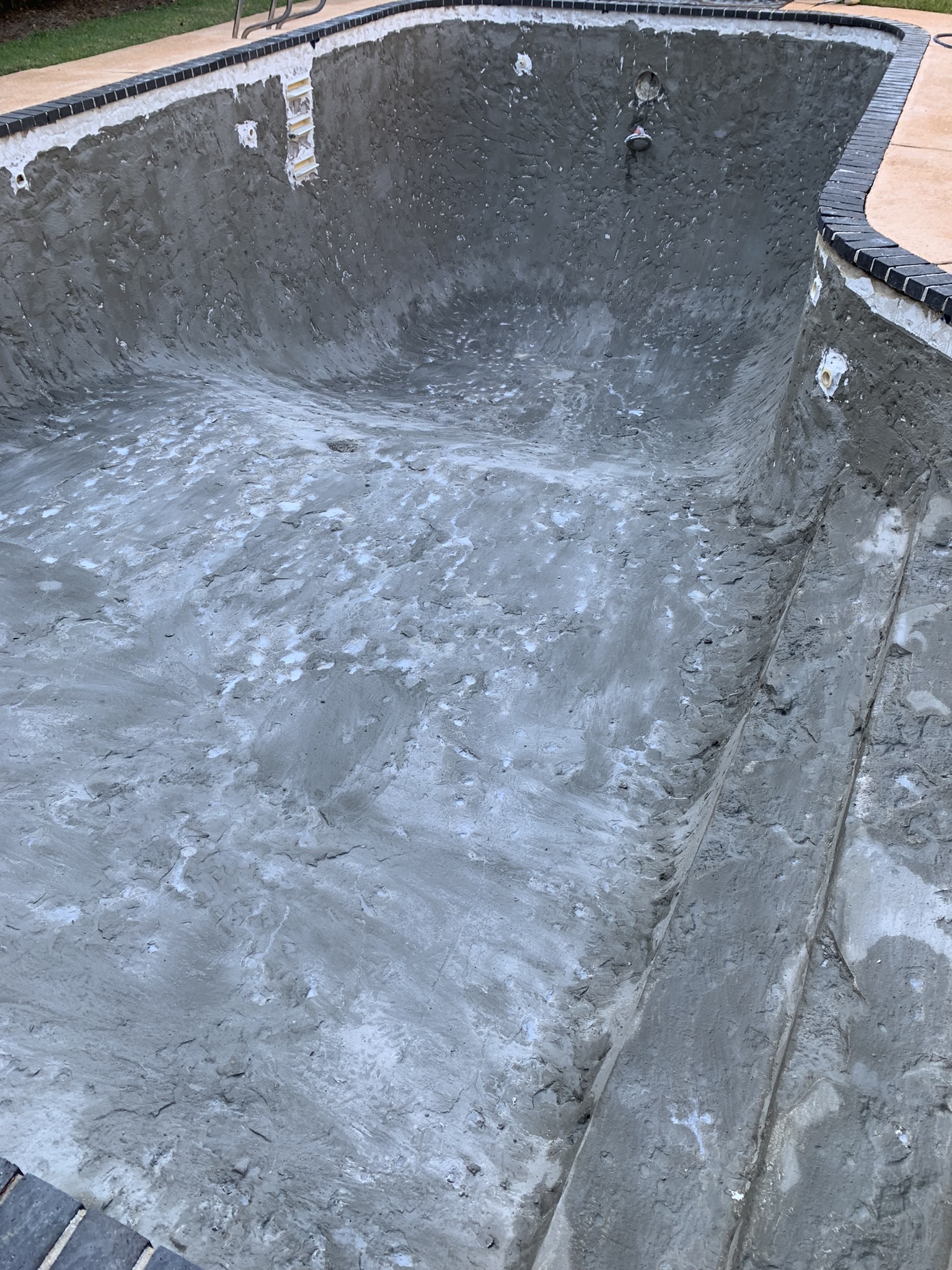 It really took no time at all for them to apply portland cement over the entire surface, which is then left to dry and cure. It looks like we are in for a couple of days of wet weather, so there may not be much progress until later in the week when the weather is supposed to get nice again.  We'll see how much can be done, so check check back in again soon!