Day 5 of the pool renovation was the BIG day, when the crews finally arrived to apply the new plaster coating the the interior walls of the pool!   There were a couple of days of delay as weather and staffing issues held off progress, and after watching the process, I can see why staffing is such a critical function.  Every man on the team has a specific job to do, and it has to be accomplished with military precision.  According to Melissa Gonzales, co-owner of A Plus Swimming Pool Services, along with her husband Marc,  having a complete team in place is critical to the success of the project.  "Once the plaster has been mixed," she told me, "there is a limited amount of time to work it into a smooth surface before it begins to set.  If team members are missing and the process is slowed or halted, it's difficult to get the right surface texture." 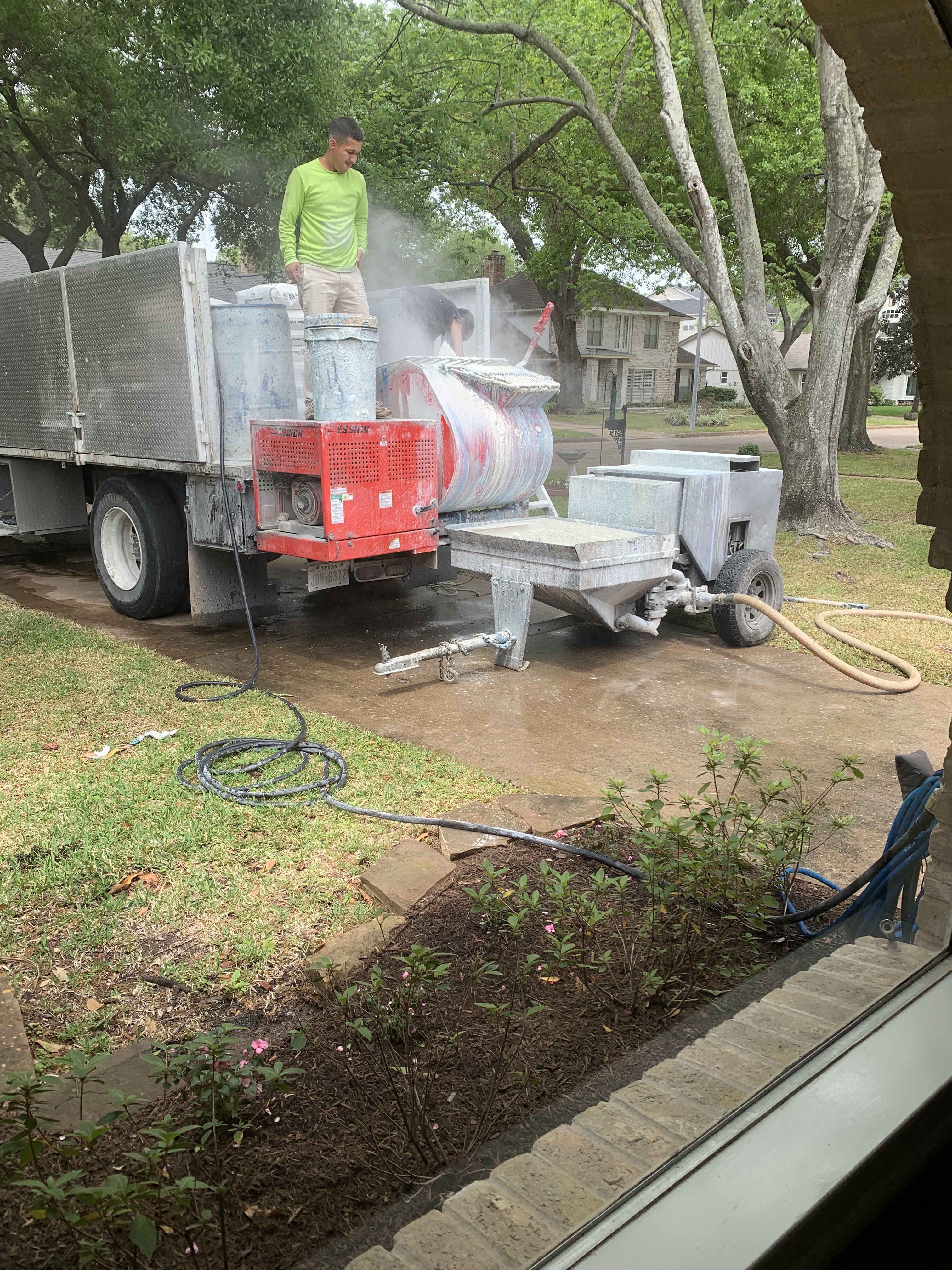 While a handful of guys busied themselves in the backyard attending to final preparations of the pool and cleaning out every speck of dirt and drop of water from the hole,  two guys set up their station in the driveway to prepare the mix.  The plaster arrived in bags loaded onto the back of truck with an integrated mixing machine, along with bags of portland cement.  The two products are mixed in varying quantities, along with water,  to control the viscosity of the mixture.  After it is mixed, it is dumped out into a trailer-mounted pumping machine with a long hose attached.   While one guy is mixing and dumping, the other guide is feeding the mix into the pump and managing the flow into the back yard.  Because both machines have roaring gas engines,  there's little verbal communication, and the process seems amazingly choreographed with each person performing their part based on the movement of the other.

Melissa explained to me that the viscosity of the mixture changes over the course of the process.  Initially the products are mixed in a relatively thin slurry to ensure that they seep into every crack and crevice of the subsurface to ensure a good bond.  As the slurry sets up, the mixture is thickened in order to build up the additional layers . That part of the process reminds me of the crumb coat on a cake! 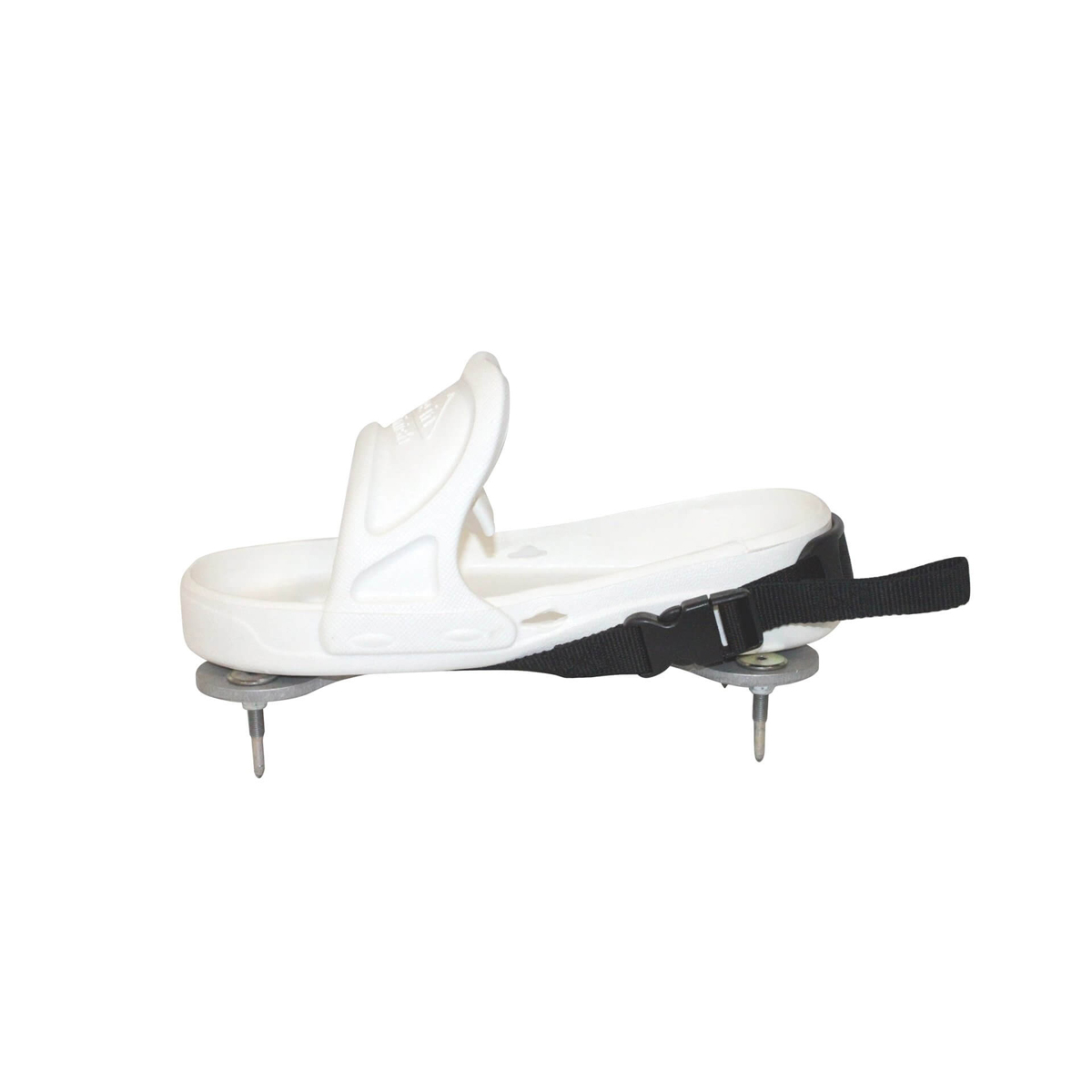 As the mixture is pumped into the pool, it is immediately troweled up the side walls  with a very consistent, specific movement, carefully practiced to ensure each layer is smoother than the last.  I wondered how the workers would manage to work in the pool and finish the floor without destroying it.  Each person in the pool wore a special attachment on their shoes that essentially turned them into a sort of foot-mounted platform resting on 4 spikes.  As they walked through the floor surface, the spikes would go through the wet plaster to the subsurface to support their weight, but as soon as they lifted their foot, the wet plaster leveled itself and filled the tiny hole that the spike had just made.  Ingenious!

Here's a time-lapse of from the arrival of the crew in the backyard to the moment they left, with the hose remaining in the pool to refill it. Watch the guy in the pink shirt-  he's the magic maker!